Before beginning this sculpture I had been reading about Marie Antoinette who, at 14, was taken from her home in Austria to France where she was to marry Louis XVI. On an island in the Rhine River between the two countries, her journey was interrupted and she was stripped bare in front of her entire entourage and re-attired in French dress, down to even her underclothes. Anything she had brought from home was considered Austrian and, therefore, inappropriate now that she was to enter the French court as princess-to-be, and was taken away from her, even her little dog. This was a point of departure for me, but the sculpture moved forward with ideas of a later woman (even as she cultivates at least a small amount of indignation), the lengths she must go to in order to present a self that meets the expectations of the world, which can, even still, particularly for women, be fairly outlandish. Hours of fittings and dressings…bustles or crinolines, sky-high hair, perhaps an Indonesian beast to mask the self. 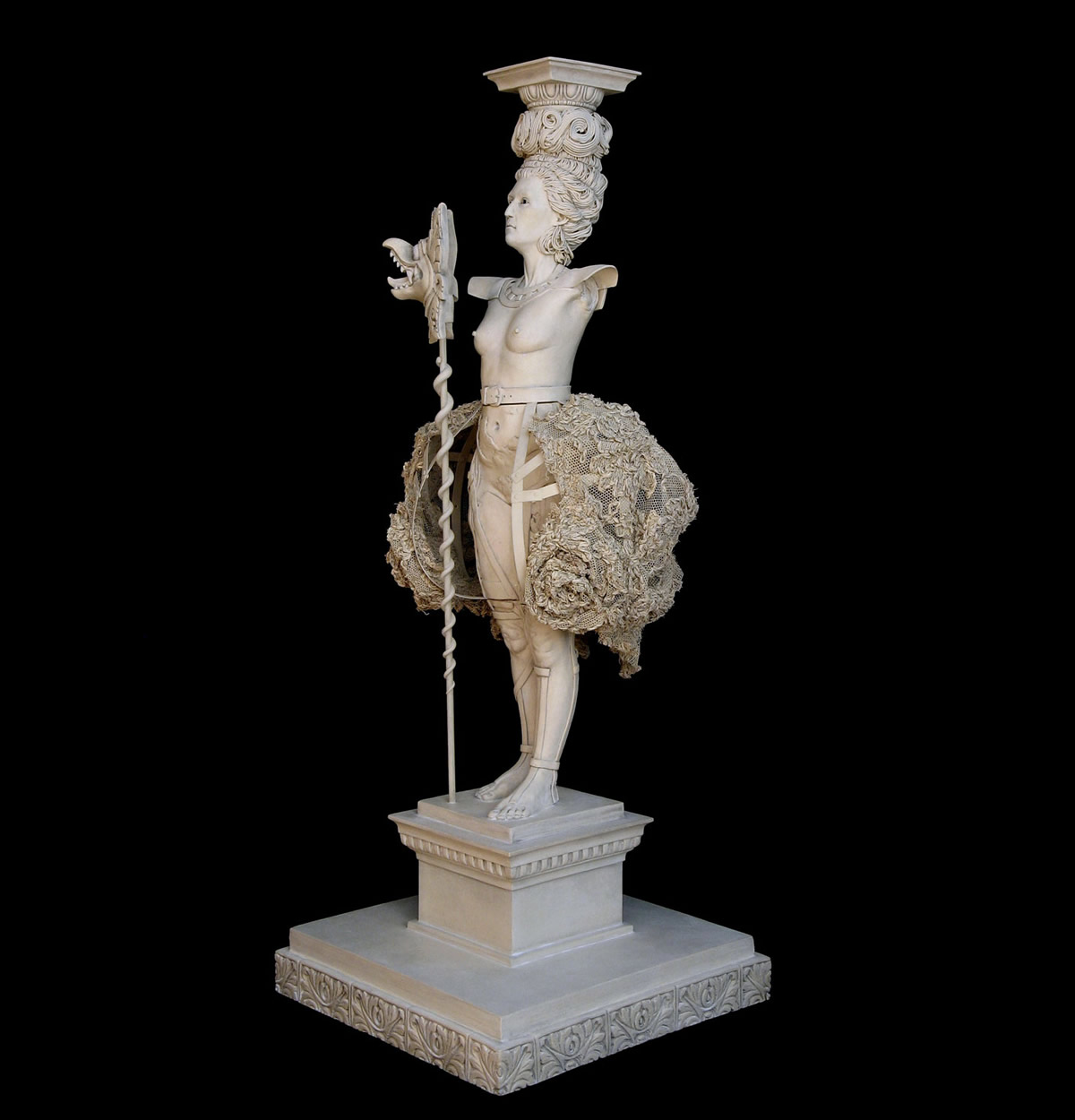 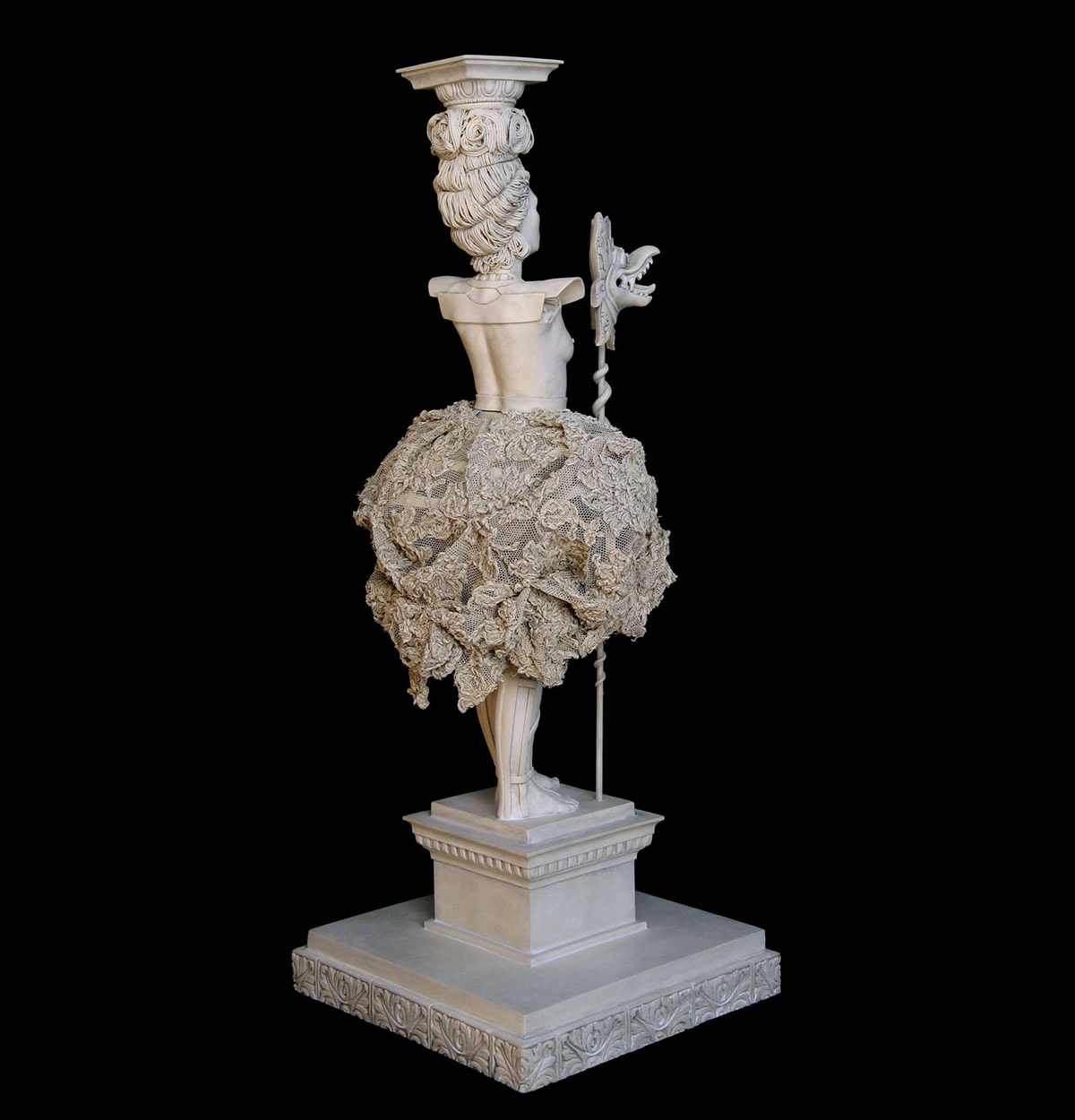